Big Ben is the nickname for the Great Bell of the clock at the north end of the Palace of Westminster in London and is usually extended to refer to both the clock and the clock tower. The official name of the tower in which Big Ben is located was originally the Clock Tower, but it was renamed Elizabeth Tower in 2012 to mark the Diamond Jubilee of Elizabeth II.

The tower was designed by Augustus Pugin in a neo-Gothic style. When completed in 1859, its clock was the largest and most accurate four-faced striking and chiming clock in the world. The tower stands 315 feet (96 m) tall, and the climb from ground level to the belfry is 334 steps. Its base is square, measuring 39 feet (12 m) on each side. Dials of the clock are 23 feet (7.0 m) in diameter. On 31 May 2009, celebrations were held to mark the tower’s 150th anniversary.

Big Ben is the largest of the tower’s five bells and weighs 13.5 long tons (13.7 tonnes; 15.1 short tons). It was the largest bell in the United Kingdom for 23 years. The origin of the bell’s nickname is open to question; it may be named after Sir Benjamin Hall, who oversaw its installation, or heavyweight boxing champion Benjamin Caunt. Four quarter bells chime at 15, 30 and 45 minutes past the hour and just before Big Ben tolls on the hour. The clock uses its original Victorian mechanism, but an electric motor can be used as a backup.

The tower is a British cultural icon recognised all over the world. It is one of the most prominent symbols of the United Kingdom and parliamentary democracy, and it is often used in the establishing shot of films set in London. The clock tower has been part of a Grade I listed building since 1970 and a UNESCO World Heritage Site since 1987.

On 21 August 2017, a four-year schedule of renovation works began on the tower, which are to include the addition of a lift. There are also plans to re-glaze and repaint the clock dials. With a few exceptions, such as New Year’s Eve and Remembrance Sunday, the bells are to be silent until the work has been completed in the 2020s.

Elizabeth Tower, previously called the Clock Tower but more popularly known as Big Ben, was raised as a part of Charles Barry’s design for a new palace, after the old Palace of Westminster was largely destroyed by fire on the night of 16 October 1834. The new parliament was built in a neo-gothic style. Although Barry was the chief architect of the palace, he turned to Augustus Pugin for the design of the clock tower, which resembles earlier Pugin designs, including one for Scarisbrick Hall in Lancashire. The design for the tower was Pugin’s last design before his final descent into madness and death, and Pugin himself wrote, at the time of Barry’s last visit to him to collect the drawings: “I never worked so hard in my life for Mr Barry for tomorrow I render all the designs for finishing his bell tower & it is beautiful.”

The tower is designed in Pugin’s celebrated Gothic Revival style, and is 315 feet (96.0 m) high. The bottom 200 feet (61.0 m) of the tower’s structure consists of brickwork with sand-coloured Anston limestone cladding. The remainder of the tower’s height is a framed spire of cast iron. The tower is founded on a 50 feet (15.2 m) square raft, made of 10 feet (3.0 m) thick concrete, at a depth of 13 feet (4.0 m) below ground level. The four clock dials are 180 feet (54.9 m) above ground. The interior volume of the tower is 164,200 cubic feet (4,650 cubic metres).
Despite being one of the world’s most famous tourist attractions, the interior of the tower is not open to overseas visitors, though United Kingdom residents were able to arrange tours (well in advance) through their Member of Parliament before the current repair works. However, the tower currently has no lift, though one is being installed, so those escorted had to climb the 334 limestone stairs to the top.

Due to changes in ground conditions since construction, the tower leans slightly to the north-west, by roughly 230 millimetres (9.1 in) over 55 m height, giving an inclination of approximately ​1⁄240. This includes a planned maximum of 22 mm increased tilt due to tunnelling for the Jubilee line extension. It leans by about 500 millimetres (20 in) at the finial. Experts believe the tower’s lean will not be a problem for another 4,000 to 10,000 years. Due to thermal effects it oscillates annually by a few millimetres east and west.

Journalists during Queen Victoria’s reign called it St Stephen’s Tower. As MPs originally sat at St Stephen’s Hall, these journalists referred to anything related to the House of Commons as news from “St. Stephens” (the Palace of Westminster contains a feature called St Stephen’s Tower, a smaller tower over the public entrance). The usage persists in Welsh, where the Westminster district, and Parliament by extension, is known as San Steffan.

On 2 June 2012, The Daily Telegraph reported that 331 Members of Parliament, including senior members of all three main parties, supported a proposal to change the name from Clock Tower to Elizabeth Tower in tribute to Queen Elizabeth II in her diamond jubilee year. This was thought to be appropriate because the large west tower now known as Victoria Tower was renamed in tribute to Queen Victoria on her diamond jubilee. On 26 June 2012, the House of Commons confirmed that the name change could go ahead. The Prime Minister, David Cameron, announced the change of name on 12 September 2012 at the start of Prime Minister’s Questions. The change was marked by a naming ceremony in which the Speaker of the House of Commons, John Bercow, unveiled a name plaque attached to the tower on the adjoining Speaker’s Green. 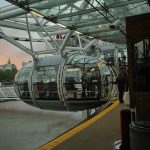